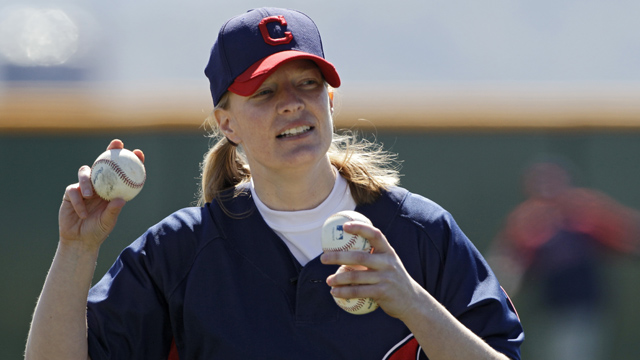 Six years after becoming the first woman to coach men as a professional in the sport of baseball, Justine Seagal has elevated her craft to the major leagues. The Oakland Athletics have made her the first female coach in MLB history, inviting her to be a guest coach at their instructional league camp next month.

While Seagal’s tenure with the franchise is finite, lasting only as long as the camp endures, she will be compensated by the team for coaching. This is another step forward for gender equality in an industry which has an unfortunate history in that regard.

There have been women who have made contributions to the game since, like Wendy Lewis, who is currently employed by MLB in an executive role. Examples like Lewis have been few and far between, however. More frequent in the world of MLB have been stories like that of Leigh Castergine, who alleged that the New York Mets fired her for being pregnant out of wedlock.

That’s what makes the hire of Seagal so significant. For the first time since the early days of the Cold War, a woman is being given any sort of involvement in actual on-the-field activities in professional baseball, at its highest level in North America.

What casual fans may not understand is that just like MLB teams are constantly searching for new talent to play, they are also seeking emerging talent in the coaching ranks. Instructional camps are a perfect opportunity for franchises to evaluate those individuals as well. It’s possible that Seagal could become a more permanent part of Oakland’s – or some other MLB team’s – coaching structure if she performs well.

It’s not clear how solid her chances of that are, as many factors will play into that. What we know for sure is that lack of previous playing experience has not been an automatic disqualification for the highest rung on the MLB coaching ladder; managing a team at the major-league level. Atlanta Braves skipper Fredi González is current proof of that, along with a line of MLB managers who never played who came before him. If MLB playing experience isn’t a prerequisite for that job, then lower levels of coaching shouldn’t carry that requirement either.

Two looming questions are how will players and other coaches seeking similar breaks in the MLB ranks react? At the instructional league level, it seems unlikely that Seagal will get anything but respect. If she should ascend to higher levels of the structure, where players are more established and coaching vacancies are more hotly contested, those questions may become more relevant.

What, if any, effect this will have on the chances of women acquiring jobs in MLB franchise front offices is another issue. The hope is that candidates won’t be judged on their gender either negatively or positively, but on fit and merit. Seagal’s hire could have an effect of simply putting a face to an idea, giving girls who love MLB a tangible figure to look to when considering career paths that previously had been unimaginable.

There is little to no debate that a glass ceiling has been cracked by Seagal’s hire. Whether or not Seagal will advance herself or this will result in a wave of other women getting similar coaching auditions remains to be seen. We can never again say that a woman has never worked as a coach for a MLB team, and that is significant in and of itself.

You can find Derek on Twitter @dhellingsports and join in the discussion @CTBPod or on our Facebook page.

is a Heavy contributor. He lives in Kansas City, Mo. and loves covering the intersections of esports and traditional sports with business, culture and law. You can find him on Twitter @dhellingsports. View all posts by Derek Helling