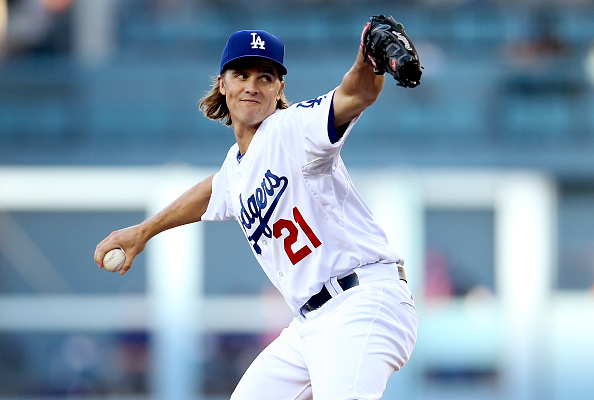 Each year, dedicated professional baseball fans await the release of Baseball Prospectus like children in many cultures await Christmas. Besides being full of useful information with witty articles about the current state of all 30 Major League Baseball teams, it also projects how players and teams will do in that season. With September looming large on the horizon, enough of the season has passed that we can take a look at where PECOTA went wrong, and all the places where those geniuses nailed it.

First, let’s consider the team standings. Currently, only two of the six teams that PECOTA predicted would win their divisions are actually winning their divisional races. The St. Louis Cardinals were predicted to win the National League Central division by seven games with an 89-73 record. St. Louis should easily eclipse the 89-win mark, as it already has 83 wins with 33 games left on its schedule going into play on Sunday, Aug. 30. The margin by which they win the division may not be as comfortable, however, if the Pittsburgh Pirates continue to win games at a .617 clip.

The other division that PECOTA has accurately predicted so far is the NL West, where the Dodgers hold a 3.5 game lead at 72-56. PECOTA predicted the Dodgers would win the division title by seven games at 97-65. With just 34 games left on their schedule, the Dodgers would have to go 25-9 from this point forward to reach their PECOTA projection. Doing so would probably create the predicted cushion of seven games if not a larger gap. With series against the Chicago Cubs, Pittsburgh Pirates and six more games with the San Francisco Giants left on their regular season slate, the Dodgers will have to play much better baseball to win the almost 74 percent of their remaining games necessary to reach 97 wins.

The other four division winners as predicted by PECOTA were the Boston Red Sox at 87-75, Detroit Tigers at 82-80, Los Angeles Angels of Anaheim at 90-72 and the Washington Nationals at 92-70. Boston would have to go 27-6 from this point forward to reach its projection, and it’s uncertain whether or not that would be enough to win the American League East. A more feasible 22-11 finish would be required of Detroit, but a just-above-.500 record would certainly not be enough to pass the Kansas City Royals in the AL Central.

The Angels face a tall order as well to reach their PECOTA projection, needing to win 25 of 33. Getting to the 90-win plateau might be enough to supplant the Houston Astros in the AL West. Washington requires the same number of victories from this point forward as the Red Sox, but they can afford one more loss than Boston can. It seems feasible that 92 wins by the Nationals could eclipse the New York Mets in the NL East.

As far as the wild card predictions from each league, PECOTA had the San Francisco Giants at 84-78 hosting the San Diego Padres at 83-79 for the NL and the Seattle Mariners at 87-75 hosting the Tampa Bay Rays at 86-76 in the AL.

San Francisco only needs to go 15-18 the rest of the way out to reach that mark. San Diego has a tougher task, requiring a 21-13 finish. It seems unlikely that either record would be good enough to claim either wild card spot because the Cubs and the Pittsburgh Pirates are on pace to greatly outperform their PECOTA projections of 82 and 80 wins, respectively.

In the AL, Seattle currently sits at 61-69 and Tampa Bay at 63-66. The Mariners will need to rally to a 26-6 finish, while the PECOTA mark demands the Rays go out at 23-10. Neither is likely but either record could be good enough to nab a wild card spot.

The PECOTA predictions are a mixed bag as far as individual projections go. Some of them were missed badly, while a few were accurate.

PECOTA nailed the stolen bases category, predicting Billy Hamilton to lead the league at 58 bags with Dee Gordon coming in just behind him at 52. While both numbers may be too conservative at the end of the season, as Gordon and Hamilton currently sit at 45 and 54, they hold a comfortable lead over third-place José Altuve for the top two spots on the list.

For the most part, PECOTA underestimated MLB’s best pitchers this season. For example, Clayton Kershaw has not only already surpassed his PECOTA projection of 191 strikeouts, but his current MLB-leading total of 236 is 29 more than what PECOTA projected to be the winning total of 207. Kershaw’s teammate Zack Greinke’s 1.61 ERA is over half of a point lower than the predicted league-leading ERA of 2.17. Pittsburgh’s Mark Melancon already has 43 saves, giving him the potential to surpass the PECOTA leader projection of 46.

Predicting all the outcomes of individual and team performances over a 162-game season is extremely difficult. The fact that PECOTA comes as close as they do on a regular basis is remarkable. A more thorough review of exactly what PECOTA predicted accurately will be done once the regular seasons ends.

You can find Derek on Twitter @dhellingsports and join in the discussion @CTBPod or on our Facebook page.

is a Heavy contributor. He lives in Kansas City, Mo. and loves covering the intersections of esports and traditional sports with business, culture and law. You can find him on Twitter @dhellingsports. View all posts by Derek Helling