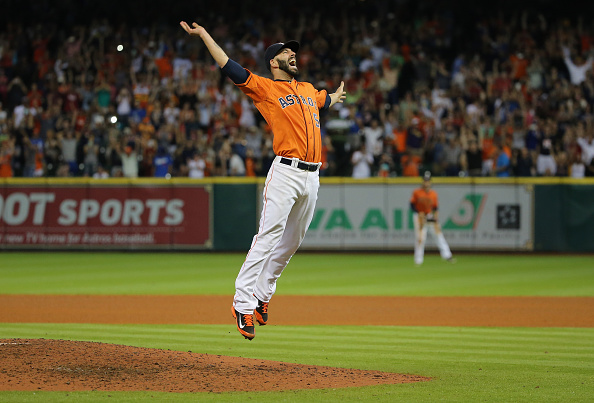 Since Friday night we’ve heard about all Mike Fiers has overcome to reach the majors, much less throw a no-hitter.  From being thrown from his car in an accident while in college, to losing his mom all-too-soon two years ago, to having his right arm shattered in a minor league game, the guy hasn’t had the easiest of roads.  Not to minimize his journey, because it sure is an amazing one, but this isnt about his personal struggles.  I wouldn’t be able to do him justice by attempting to tell his story so I’ll leave that to the more experienced writers.  Saying that, many professional athletes in all sports have overcome obstacles, challenges, and even tragedy to make it to where they are today.  Each athlete has his or her own story of what they’ve overcome to make it to the top, some tougher than others.

This is simply about Mike Fiers, the 500 thousand dollar pitcher, no-hitting the 300 million dollar Dodgers.  As an Astros fan, when they made the trade for Carlos Gomez my reaction was “and we also got Mike who?”.  He was a 30 year-old afterthought who’s only value was to take some innings from the young guns, Lance McCullers and Vince Velasquez, so they’d be available for the final playoff push.  Despite last night his status still hasn’t changed.  If the Astros make the postseason the most likely time he’ll see the mound is from out of the bullpen.  This isn’t the Mike Fiers coming out party.  From Phillip Humber to Dallas Braden to Jonathon Sanchez, numerous average to below average pitchers have thrown no-no’s and perfect games, and not a single one of them springboarded them to an all-star career.  You don’t have to be great to have a performance like his, you just have to show it for one night.

What this is about is a pitcher not many knew about doing his part in a pennant race.  When asked about his performance minutes after the game, he fought through his emotions to spit out “It’s a great game but it’s only one.  We gotta come out tomorrow and put it to these guys again.”  That’s a line every athlete has used all too many times but coming after throwing a no-hitter makes it a little less cliche.  He’s in a pennant race and is dying to do his part to contribute to his new team.  He’s not just pitching for his next contract or his spot in the rotation; he’s pitching to feel like a contributor on a first-place club, and that’s a motivator that will create urgency just as quickly as the others.

So no matter the team you follow, as a baseball fan stand up and applaud Mike Fiers.  For one night he took his 90-MPH, belt high fastball and used it like a magician to conquer the league’s highest payroll from out west.  For one night he put his struggling team on his back and carried them to the next round of their fight for a title.  And while all the focus will soon shift back to the more talented and more accomplished stars in this year’s pennant race, for one day at least we’ll all wish we were Mike Fiers.  The little known guy just doing his part to help his team in the fight that it’s in.  It may just be one punch, but for all the Mike Fiers types reading this you won’t find one that feels any better, and because of that, we should all be fans of the shiny-headed afterthought that owned the game for one night.

Mike McCollum is a Featured Writer for Call to the Bullpen. You can find him on Twitter @mikeyballTX, or join in the conversation @CTBPod, in the comment section below or on our Facebook Page.