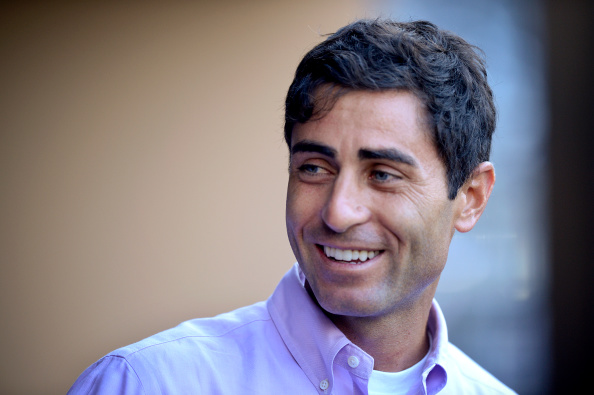 Baseball season started on Sunday but it didn’t herald the end of the moves made by one of the biggest stories of the offseason. Whilst most eyes turned to MLB’s opening game at Wrigley Field, AJ Preller was continuing in his massive overhaul of the San Diego Padres roster. By trading for perhaps the game’s best closer, Craig Kimbrel, he made it abundantly clear, as if it wasn’t already, that the Padres are looking to win and win now.

The Kimbrel trade was just the end of a tumultuous winter for a General Manager only appointed last August. While the Cubs were awakening from their long hibernation and while Billy Beane was in Oakland doing Billy Beane things, Preller was winning baseballs’s Hot Stove season.

Preller was able to pry Kemp away from division foe Los Angeles, and get the Dodgers to pay $18m of the outfielder’s salary, he traded prospects for Upton and the new San Diego GM rounded off his winter by winning the waiting game for Shields, who gives the Padres a NL West-contending rotation.

It capped a stunning first six months on the job for a guy who everyone thought was going to blow up the Padres, not turn them into prospective challengers.

But who is this new kid on the block? Where did he come from and are the Padres mad in allowing him to make such wholesale changes so early in his tenure at Petco?

Contrary to what you may have heard, tales of Preller’s itinerant past have been romanticized and overstated to some degree. While its true the former Rangers assistant GM spent as many as 300 nights per year on the road – immersing himself in Latin American culture, scouring the countryside for players, building a reputation as a top class talent evaluator – he didn’t live the past decade out of a suitcase and did own a home. He is, however, known as an international scout of mystery.

AJ Preller grew up on Long Island as a Yankees fan. He graduated from Walt Whitman High School in 1995, where he played three varsity sports. At Cornell he roomed for three years with current Texas Rangers president and general manager Jon Daniels.

Preller took his first baseball job as an intern with the Philadelphia Phillies in which he earned college credits. After graduation, he took an unpaid position with the Arizona Fall League, where he worked under baseball great Frank Robinson. The two then worked together in the Major League Baseball office before Preller took a scouting job with the Los Angeles Dodgers.

He was originally hired by the Rangers as Director of International and Professional Scouting. His territory included Japan, the Dominican Republic, Venezuela and other parts of Latin America. But he seemed to travel anywhere anybody was playing baseball.

Both ESPN and Baseball America have named the Rangers the top farm system in baseball in the past five years. The Rangers won two American League championships during Preller’s tenure, the first time in the team’s history that it won a playoff series.

He was one of eight candidates originally interviewed by the Padres. They brought in Preller and three other candidates – Yankees assistant GM Billy Eppler, MLB senior vice president of baseball operations Kim Ng and Red Sox assistant general manager Mike Hazen. He became the Padres’ fourth GM since 2009.

He has been charged with getting the club back into the postseason for the first time since 2006, which would certainly go a long way in helping win back a tepid, sceptical and exasperated fan base.

What Preller discovered on arrival in San Diego was that with Ian Kennedy, Andrew Cashner and Tyson Ross he had a chance to build  full contending rotation. He also had money to spend and players and prospects that other teams wanted.

Coming into the job with a couple of months left at the end of last season gave him a head start in evaluating which direction he was to take his new team in during the winter.

In the NL West, the Giants have earned respect throughout baseball for what they’ve accomplished the past five seasons. The Dodgers’ boundless payroll, likewise has been hard to ignore. But Preller was bold enough to think that he could wheel and deal a 77-85 team into a challenger in just one winter.

Just a few months ago, the San Diego Padres were one of MLB’s least noteworthy teams. They didn’t posses much in the way of a storied past, nor a recent track record of success. They didn’t have anything resembling franchise player on their roster. Perhaps, most importantly, the Padres didn’t have much to look forward to in the future either.

But ever since they hired AJ Preller, San Diego has been the most entertaining place in baseball.

Once the 2014 season ended, Preller wasted little time in reshaping the Padres roster. After weeks of rumours San Diego landed Matt Kemp and back up catcher Tim Federowicz from the Dodgers for young backstop Yasmani Grandal and two lesser prospects. Sure, Kemp comes with his risks, but the veteran outfielder batted .309/.365/.606 in the second half last season and gives the Padres the type of recognisable talent they’ve lacked in recent years.

Preller didn’t stop his outfield makeover there, of course. In a span of two days in December, the Padres traded for Wil Myers and Justin Upton adding two more right-handed power bats to a lineup that lacked any kind of punch in 2014. That Myers was available came as a huge surprise, even if San Diego had to part with underrated catcher Rene Rivera and young right-hander Burch Smith in the process. Upton cost more young talent, including San Diego’s number 1 overall pick in 2012, Max Fried, but he brings with him a strong track record of production and won’t turn 28 until August.

The Padres still weren’t done, however. They made two shrewd, under the radar moves in trading for A’s catcher Derek Norris and young right-hander Brandon Maurer, surrendering expendable pieces in Jesse Hahn and Seth Smith in the process. Norris has immediately taken over starting catching duties and gives San Diego another above-average bat, while Maurer has the makings of a legitimate back of the bullpen weapon.

Beyond these larger moves, Preller also took one year flyers on Brandon Morrow and Josh Johnson in free agency and traded for Will Middlebrooks, who still has some offensive upside despite his struggles in Boston the past two seasons.

The most remarkable part of the Padres’ offseason was that, until this past week, they acquired all this talent without giving up their very top prospects.

Grandal was probably the best player San Diego traded, and although he is a breakout candidate in 2015, the young catcher remains a player who has shown more potential than production in the major leagues.

Besides Grandal, the best two MLB players that Preller parted with, Rivera and Seth Smith, neither of whom are indispensable to the club’s future. Rivera receives great marks for his pitch-framing ability, but has a career OBP of .279 in the big leagues. Smith, meanwhile, is little more than a platoon option against righties even if he had a career year in 2014.

The Padres did trade away a lot of young talent, the most notable names being Fried and Dustin Peterson, who landed in Atlanta for Upton.

With the Kimbrel trade, however, whilst bringing in arguably the top closer in the game, it also cost the team a lot in terms of money and future value in their farm system.

The Padres were forced to inherit the remaining $34m of Kimbrel’s contract (through 2017) on top of Melvin Upton Jr’s onerous deal that pays him $46.35m over the next three seasons. But that’s not all.

San Diego sent outfielders Carlos Quentin and Cameron Maybin to Atlanta, which was beneficial to the Padres, but they also gave up prospects Matt Wisler and Jordan Paroubeck as well as the number 41 overall pick in this year’s draft. According to Baseball America, Wisler was the Padres top prospect and Paroubeck possesses considerable promise.

Was the Kimbrel move necessary? San Diego already had the majors’ number 2 bullpen in terms of ERA from last year with a 2.73 mark over nearly 500 innings. It could be argued that this trade was simply overkill.

With the dust all but settled, the Padres do have the makings of a team that can contend. They are in the very competitive NL West with the behemoth Dodgers but San Diego can at least expect a much improved offense and potentially dominant rotation if things break right.

Ultimately, AJ Preller has pushed forward the club’s window of contention and done a remarkable job of adding depth to the major league roster. There is plenty of risk, however. They’ve now got the highest payroll in franchise history.

Its going to take time to see if these moves pan out, but it appears the Padres need to make the postseason in 2015 or else this offseason will be a bust and may cost them dearly in the future. One thing is for sure – AJ Preller is not a man who is going to die wondering.

Oliver Connolly is the editor-in-chief of The Read-Optional and a football columnist. He’s a former recruiting advisor for Western Michigan University, a contributor to SI Draft research and a member of the Pro Football Writers of America View all posts by Oliver Connolly