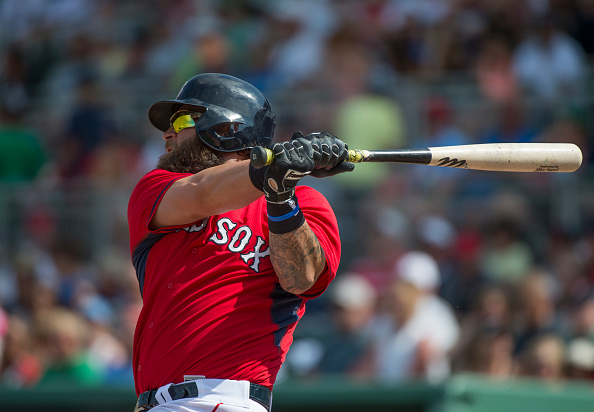 With Opening Day of the 2015 MLB Regular Season on the horizon, we start afresh on the eve of yet another exciting, entertaining summer of baseball. Regardless of how long you’ve been a fan of baseball, a key fundamental of tracking this spectacle will always be at the forefront: statistics rule this sport. The modern era has witnessed a radical influence mathematicians’ input towards producing an odyssey of mind-boggling and super-detailed aspects of baseball. Look at it as the ultimate sport of documentation and surveillance of performance.

Especially for the new follower of the sport, so many numbers within baseball can cause severe confusion and isolation from the outside world whilst trying to carve into the somewhat ridiculing equations. This is why writing about the breakdown of statistics in baseball just before the baseball world kicks into high gear in April- is so important towards providing understanding and comfort for all fans of the sport. We’ll split several essential and advanced statistics into different departments of the game; Hitting, Pitching, Fielding and Base-Running are the major areas, with advanced Player Value aspects to follow.

Hitting: If you caught track of the 2015 MLB Offseason reviews earlier this year, you would have noticed a significant amount of numbers thrown around mentioned batters. Particularly, a set of three numbers within brackets; in baseball this is referred to as the “slash-line”. The slash-line comprises of a batter’s three fundamental statistics: Batting Average, On Base Percentage and Slugging Percentage. It is very important to note that the majority of batting statistics are reported to three decimal places, as well as being pronounced as being a multiple of 1,000. Hence, Mike Trout batted “over three-hundred” in 2014, and not “over 30%). The breakdown of these statistics as deep as the third decimal the one-thousandths showcases how detailed and thorough one must be in order to separate players from one another throughout a gruelling 162-game season.

Batting Average (AVG): The number of Hits divided by one’s At-Bats (H/AB), one’s batting average is the basic manner of revealing how well as player makes contact with the baseball towards getting on base. Typically, a high batting average (over the .300 mark) will be likely followed by other productive statistics such as Runs Batted In (RBI); the more often you can hit the ball and get, the more likely the probability of producing runs for your team. This statistic, as fundamental as it is, is seriously outdated in regards to tracking a batter’s productivity and value. Batting Average does not include Base On Balls (Walks, BB), thereby only providing limited record of one’s discipline at the plate. It also doesn’t showcase the amount of power and speed of a batter, whereas On Base Percentage and Slugging Percentage provides more insight. While it is limited in its predictive outcome of a batter’s offensive value, Batting Average still stands as the go-to statistic to showcase the value of a batter in the simplest form: hitting the baseball.

On Base Percetange (OBP): Getting on base is a vital fundamental of batting in baseball, and On Base Percentage projects the importance of more than just one’s bat in achieving such a goal. The whole equation is as follows:

It’s important to note that what we are dividing from is not the entirety of Plate Appearances, for such a statistic involves error-based outcomes, or outcomes that are influenced by a fielding decision (i.e. Errors (E), Fielder’s Choice, Fielder’s Obstruction, Catcher’s Interference, Dropped Third Strike). But as the statistics involved in the equation suggests, On Base Percentage is far more than just putting the ball in play. Utilising discipline and patience, a batter can essentially out-smart or out-wit an opposing pitcher towards getting on base without even hitting the baseball. Batters with the best On Base Percentages will undoubtedly be placed at the top of the batting order; their ability to get on base will be followed by more powerful contact hitters, a formula that will result in an increased possibility of more runs scored. An intriguing spectrum of the equation in question is the inclusion of the Sacrifice Fly, for the more of which that a batter produces (i.e. sacrificing his at-bat in order to generate a run through an out) the lower his On Base Percentage. This means that especially with batters who will see less plate appearances there is a probability of players generating lower OBP than their Batting Average.

Slugging Percentage (SLG): The fundamental measurement of a player’s power at the plate, Slugging Percentage is simply a calculation of Total Bases divided by At Bats (TB/AB). The whole equation is far more complex than what it entails, but please don’t be afraid:

The reason why we multiply the amount of Doubles hit by two is simply because that is the amount of bases one travels towards recording that hat. The same is as follows for Triples (3) and Home Runs (4), as well as your typical Singles (1). Walks are excluded, for they do not require power to achieve such a productive outcome at the plate. From the angle of the equation, the aim of achieving a high Slugging Percentage is simple: hit the ball in a certain way to achieve more bases per at-bat. That certain way is with power. However, I did mention the “angle” of the equation for a reason.

Let’s set a scenario; Fenway Park and 1B Mike Napoli is at the plate. He hits a fly ball that goes to the right-centre wall, just right of the triple-valley dimension in centre-field. Napoli will coast his way to second-base with a well deserved Double (2 bases). The next inning, we have Shane Victorino, a speedy OF with some pop to his bat. He hits the same pitch as Napoli. But knowing Victorino, he will hustle and extend his hit into a Triple (3 bases). This is where Slugging Percentage is flawed: it doesn’t subtract speed and base-running abilities. However, this should not be mistaken for errant fielding decisions following a base-hit that can allow a hitter to advance an extra base (i.e. A Double (2B) + Error (E)). The speed factor can only have a limited window to influence one’s Slugging Percentage, mainly because a batter needs significant power to position himself in a Victorino-like scenario where one can extend the total bases covered using his speed.

Now that we have the three essential batting statistics under our belt, let us progress and introduce a few advanced statistics that can measure the value of a batter in greater detail.

On Base Plus Slugging (OPS): The aggregate total of a batter’s On Base Percentage and Slugging Percentage (OBP + SLG), this statistic combines the batter’s productivity of getting on base and hitting for power into one overall value. These two key offensive skills are arguably higher than no other in regards to producing runs for your team, hence why this statistic is such an important one to follow. Because we are combining two outcomes into one, there is a greater likelihood of a player achieving an OPS of over 1.000, which puts that player on an elite level of batting. OPS does not, however, account for base-running impact, such as Stolen Bases; nor does it acknowledge the leverage of a batter’s hitting production (aka. Clutch Hitting). Another issue with OPS is the equality between the two statistics in which it is derived. On Base Percentage can be seen as a more accurate correlation towards scoring runs more so than Slugging Percentage. Getting on base will guarantee your team any possibility of scoring a run; hitting for power won’t necessarily give you such guarantee.

The advanced addition of OPS is OPS+ (Adjusted OPS), in which a player’s OPS is adjusted to the ball-park and league in which he plays under. From game 1 to game 162 of the MLB Regular Season, player’s from around the league will begin to tally their OBP and SLG, thus creating league averages (lg*). The league average for both OBP and SLG are the figures in which a batter’s statistics are measured against, with the difference combined thereafter. The basic equation looks like this:

Because multiplication is used to promote the overall sum into a whole figure (without requiring decimal places), 100 is the base instead of 1. A common misconception of the statistic is the relationship with the original OPS statistic against league average. As 100 as the OPS+ league average, think of it as anything more or less is a batter’s contribution towards scoring runs for the team, instead of it being a comparative statistic towards how the rest of league is performing within the statistics in question.

Isolated Power (ISO): A more one-dimensional statistic, specifically geared towards measuring additional power beyond achieving base-hits. ISO is simply Slugging Percentage subtracted by Batting Average (SLG – AVG), leaving a figure that measures how often a player achieves extra-base hits (Doubles, Triples, Home Runs) per At Bat. Power hitters generally have a more radical hit-and-miss; this is an extremely useful statistic for separating the most powerful hitters in the league without the influence of Batting Average, unlike in Slugging Percentage.

Weighted On Base Average (WoBA): This is when the statisticians begin to radically affect how we see the game of baseball. WoBA measures a player’s overall production at the plate per plate appearance, but uses a set of linear weights within its equation to create certain values for certain events that occur within a player’s plate appearance. Brace yourselves:

The equation clearly demonstrates how each particular event within a plate appearance is valued through the linear weight (i.e. how much it is multiplied by). This is based on both its value as an offensive contribution, as well as the likelihood of the event. Hence, Reaching Base on Error has slightly more value than a simple Single due to its reduced likelihood of its occurrence, even though it still produces the same offensive outcome. Power hitters benefit most from WoBA within the short-term, for the long balls (i.e. 2B, 3B, HR) have more weight in value upon them than outcomes that are dependent on patience and discipline (i.e. Base on Balls). But having said that, a contact hitter or a player that gets on base frequently will benefit in the long run, for a continuous high frequency of Singles and Walks will overpower the more sporadic power hitters.

WoBA is also the basis for the increasingly popular player value statistic known as WAR (Wins Above Replacement). This will be a very key statistic in which will be dissected in a separate article, due to its different calculations for position players and pitchers.

Statistics can quickly creep up on the everyday fan with their mesmerizing calculations and advanced equations. Batting statistics, as they advance, rely very heavily on the essential numbers generated before them. Thus, the process of analysing and evaluating the more complex offensive statistics becomes a lot easier to understand and absorb in one’s minuscule mind. Up next in this mini series will be the breakdown of Pitching statistics.

Follow me on @DarrenHelley and catch my tweets and opinions surrounding my Atlanta Falcons and Baltimore Orioles. And check out my AFC North reviews for UKEndzone, where I dive into the week-to-week and season-long story-lines for all four divisional teams. Also make sure to check out my Hotlanta blog, which allows you lucky participant to be indulged and pulled into the dimension that is my 12-year love-affair with the Atlanta Falcons. http://darrenhelleyhotlanta.wordpress.com/ View all posts by DarrenHelley